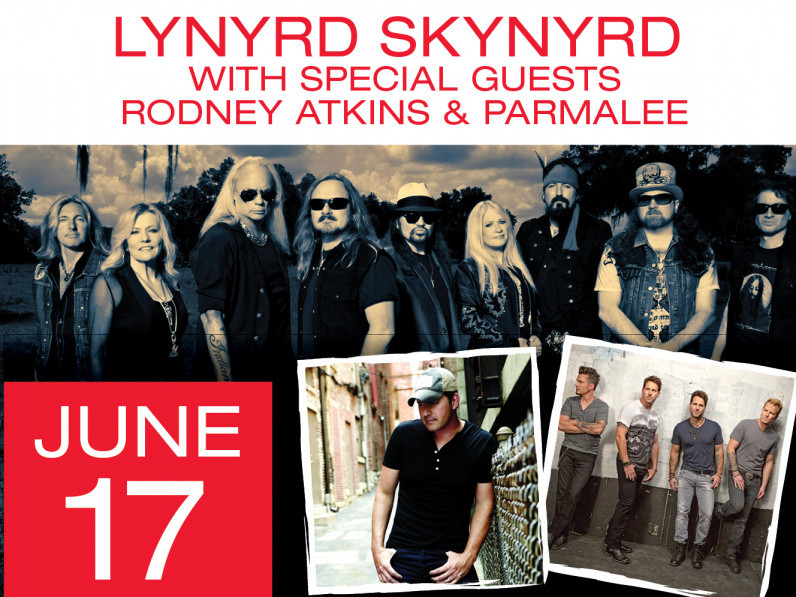 The legendary Lynyrd Skynyrd, known for such mega-hits as “Sweet Home Alabama,” “Free Bird,” “Working for MCA” and “I Ain't the One,” has sold over 28 million records in the United States and has earned a reputation as one of the greatest live bands of all time. Also playing will be Parmalee, the chart-topping country rock group with roots in the bluegrass, traditional country, southern rock and blues. Their debut country album, “Feels Like Carolina,” has produced such hit singles as “Carolina,” Close Your Eyes,” and “Already Callin' You Mine,” and has earned critical praise from People, The New York Times, USA Today, Billboard and more. Rodney Atkins has released six No. 1 songs and recently debuted his latest smash single, “Take a Back Road.”

Tickets for the outdoor show are $76 for General Admission and $126 VIP Access.

Minors must be accompanied by an adult. No refunds and all sales are final.